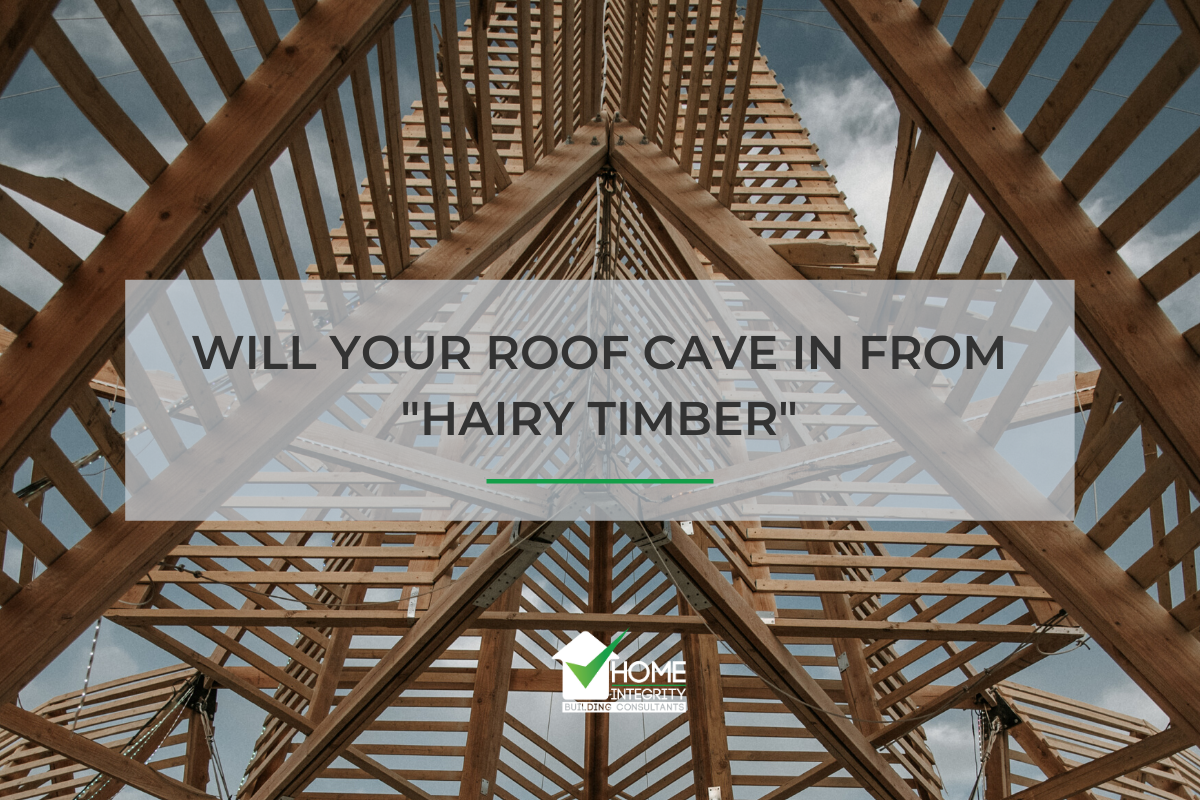 Is Chemical Delignification a Structural Defect?

Hairy timber, fluffy batten, or furry batten. We see these from time to time when conducting pre-purchase building inspections in Perth. The technical term to describe these hairy timbers is a process known as ‘Chemical Delignification’. Chemical Delignification can occur to timber roof battens and other roof timbers and is generally visible from within the roof void.

We were asked to do an invasive inspection from a concerned client due to chemical delignification being identified in their roof void by a building inspector. The building inspector reported that the delignification to the roof tile battens was a major structural defect and a safety hazard. Furthermore, our client was told not to walk on their roof for the risk of it “caving in”.

Here is the video of what we found:

Flagging the roof tiles as a safety hazard was a valid comment by the previous inspector as the tiles observed from within the roof void were deteriorating, but as you can see from the video the roof is not going to “cave in” due to the delignification to the roof tile battens.

What is Chemical Delignification?

Lignin is the natural glue that holds the fibres of wood together. When the Lignin is broken down the fibres then detach from each other creating a visible hairy surface to a section of the timber.

Chemical Delignification of roof tile battens are typically associated with Terracotta Roof tiles that have been in service around 50 + years, sometimes less. We have found homes located near the ocean, industrial areas, or major roads that have heavy traffic can be affected. We have found terracotta tiled roofs are more prone to delignification due to the porosity of the tiles which subjects the tile battens to a wetting and drying cycle which breaks down the Lignin.

At 50 + years old Terracotta Roof Tiles in most cases have reached the end of their service life. They become brittle, the back edge of some tiles are generally fretting way, which makes them susceptible to leaking. 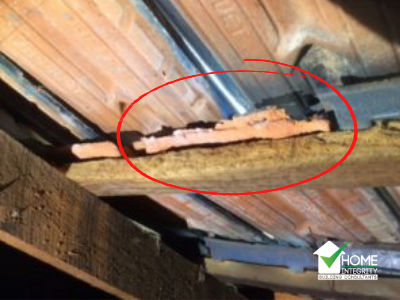 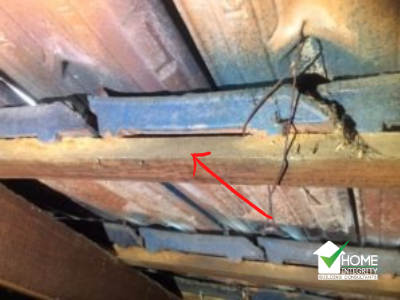 In respect to the Delignification of Roof Tile Battens, generally the affected layer it is usually only very thin. Because the surface fluffs up, it looks a lot worse than the 0.2 mm or so in-depth that is affected.

Other than extreme cases, in our experience, delignification does not appear to change the properties of the unaffected timber, simply reduces the cross-section a very small amount. Tile battens are installed as unseasoned timber. Any reduction in strength due to the reduced cross-section is more than offset by the increase in strength over time as the originally unseasoned battens have dried in service.

The Australian Standard 4349.3 – 2010 Inspection of Buildings Part 3 Timber Pest Inspection does not classify delignification as a timber pest.

A Pre-Purchase Building Inspection is a visual or non-invasive inspection, which means scrapping roofing timber and battens affected by delignification is outside the scope of an inspection completed in accordance with Australian Standard 4349.1.

How do you fix Chemical Delignification?

If you are buying a home with a tiled roof, we recommend buyers insert a special condition to protect their rights should there be an issue, as the Standard REIWA Building Inspection Condition dated Oct 2019 excludes the Roof Cover.

If we can help with an invasive inspection to investigate and report on the seriousness of Chemical Delignification feel free to get in touch with us on 0420 803 292 or [email protected].